In honor of March being Women’s History Month, we would like to take some time to honor a pioneer of ocean exploration, who also happens to be a woman. 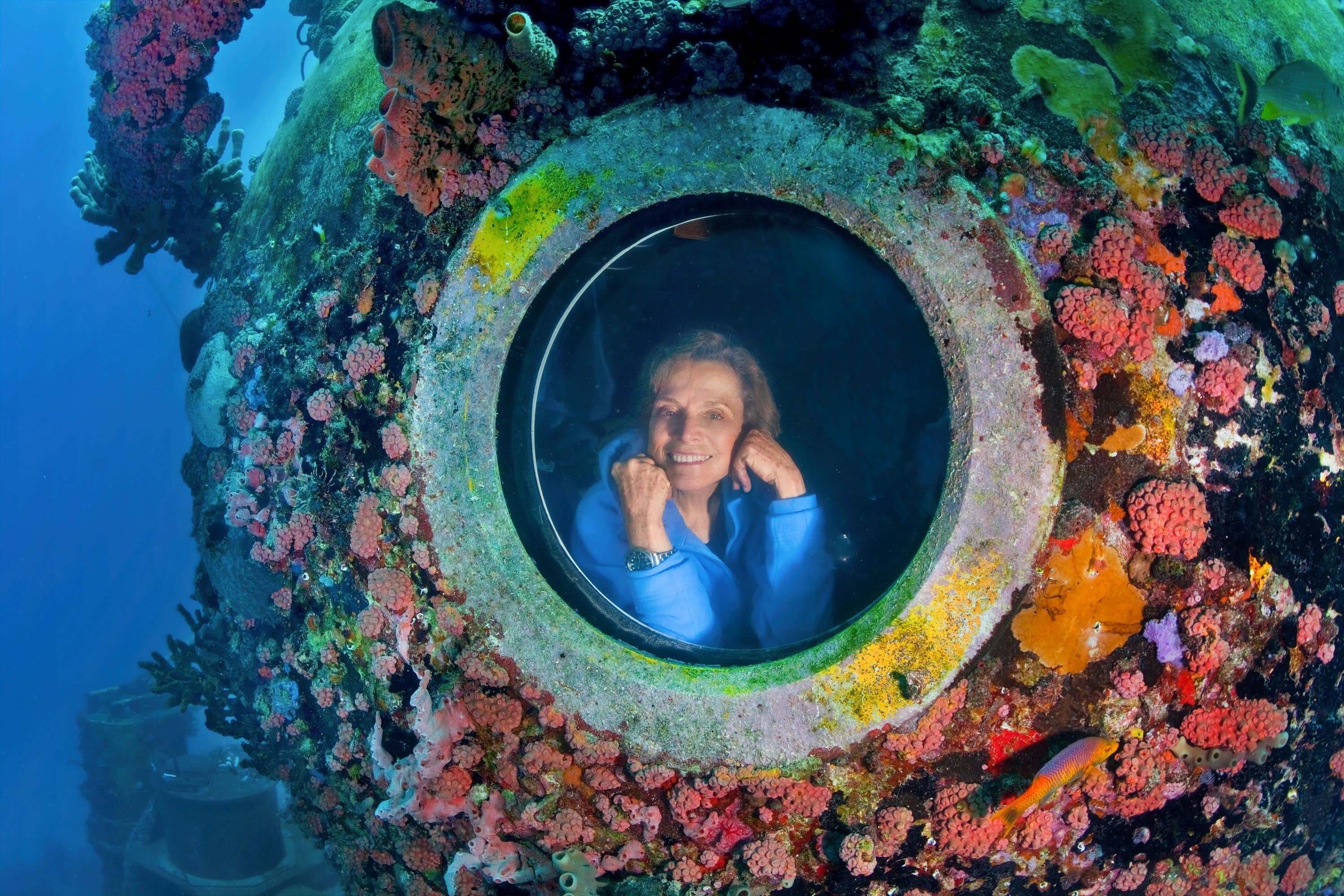 Dr. Sylvia Earle was born in 1935 in Greenwich Township, NJ where she was constantly in awe of the natural environment that surrounded her. When she was 12, her family moved to Clearwater, FL where she soon fell in love with the clear waters of the Gulf Coast. At the age of 16,  she was driven by a desire to explore underwater mysteries and attempted her first dive, before the creation of SCUBA, with a diving helmet. After high school, Sylvia got a scholarship to study at Florida State University where she received her degree in marine botany and later her Masters in the same from Duke. Her focus: algae. A couple years later, Earle became the first woman to walk the ocean floor 1,500 feet below the surface.

Sylvia lived in a time where it was almost impossible for women to be in science but she always persisted and prevailed, paving the way for many behind her. She is now known as an oceanographer, aquanaut,  and author of over 180 publications about marine science and technology. She has led over 100 expeditions, logging more than 7,000 hours underwater. She has received more than 100 national and international honors including be named one of Time magazine’s “Heroes for the Planet”, and is known for being the first woman chief scientist of NOAA. Sylvia Earle continues to advance research in marine biology still today. Her contributions to learning more about the oceans and our need to protect them are countless. She remains a champion and defender of the ocean, writing books on what we can do to continue preserving the life within them. Sylvia Earle remains a renowned scientist and explorer, and is nothing short of a living legend.