Companies large and small across the globe are taking action either to ban plastic straws or offer an alternative. Starbucks set the par for large companies announcing in 2018 that they would be replacing all their straws by 2020 with a recyclable lid. Plastic straws have become labeled as an environmental disaster, an unneeded fad, and they are slowly vanishing from nearly every business that once offered them.

Did you know you are not able to recycle the standard drinking straw? Plastic straws are sent to landfills and can end up in the ocean where they pose a threat to fish, birds, sea turtles, and more. It’s typically among the top ten items found in a beach or coastal cleanup. Research shows the impacts of straws across the globe are alarming! 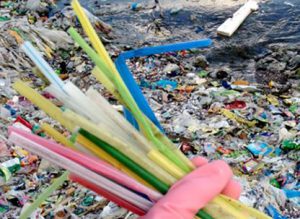 Some officials in certain American cities such as New York, London, and Miami have even instituted new rules prohibiting straws. In these cities they can not distribute straws unless the customer specifically asks! However, the main state to regulate straw distribution and take the most legal action is California.

According to the Los Angeles Times, lawmakers have proposed a new bill which makes it illegal for California business owners to serve beverages with plastic straws. The new bill largely exempts food chains and casual restaurants, which leaves many lawmakers asking for more restrictions against those non-local chains, where straws are most used. As major distributors of straws, the service/hospitality industry must be the ones to lead the change.

Blake Kopcho, a representative for the Arizona-based Center for Biological Diversity, said that California’s new bill should have mandated that all straws be made of biodegradable material at the very least. Aluminum, bamboo, glass, and paper straws have become popular alternatives across the globe. These have even become sort of a fashion statement!

Policy change isn’t the only route to aid in the straw battle, you can help too! The Ocean Conservancy  has established a pledge and marketing campaign to Skip the Straw! This initiative began with the mission of making personal changes to our daily lives, resulting in worldwide effects. 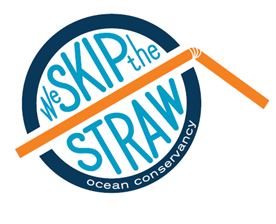 If you don’t need to drink using a straw, commit to skipping the straw and add your voice to the sea of people taking a stand for the ocean. Sign the pledge now and when offered a straw, simply say “no thanks.”’ It is a small step that goes a long way for ocean health. Follow the link below to sign the pledge and learn more!