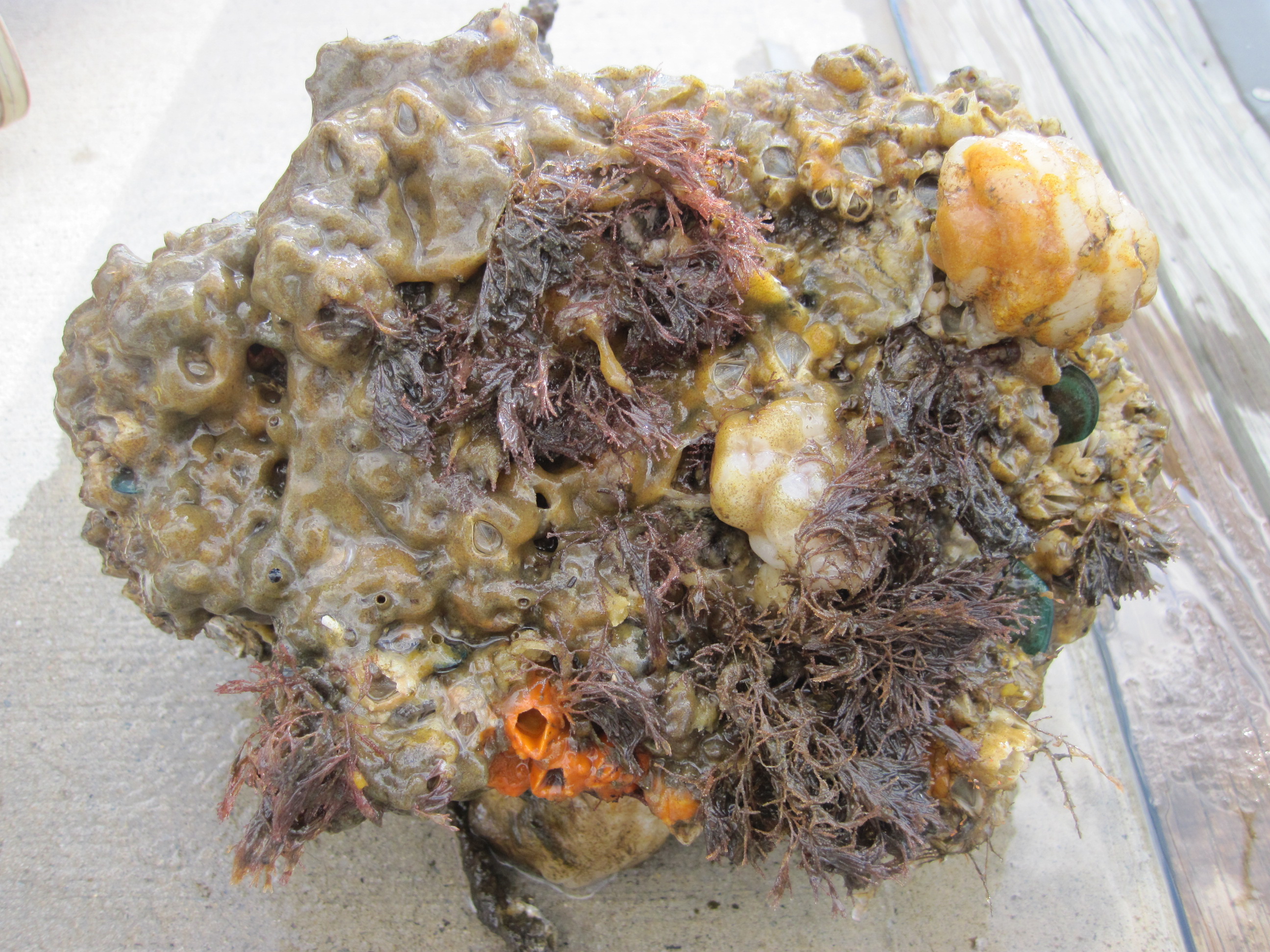 Just below the waterline is a thriving community of organisms. They cling to the bottom of boats and the underside of floating docks; they creep up pilings and encrust the submerged boulders of rock jetties. Many organism within these communities are colorful, diverse and beautiful while others are brown, grey, and drab and much more befit the term “fouling”.

Fouling refers to unwanted material on solid surfaces that impair function; biofouling then, is the unwanted growth of microorganisms, plants, algae, or animals on wetted structures.  The term “fouling” typically denotes and unwanted connotation, but many of the creatures that cling to hard man-made substrates play an important role in the health of the environment. They are filter feeders that help clean particulates from the water improving water clarity. They provide nursery habitat for larval fish and crabs, and they are an important source of food for many species including humans. Mussels for example are part of the fouling community. 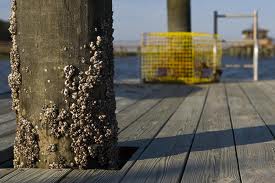 It is the natural function for the juvenile forms of sessile adult organisms to seek out a hard substrate on which to attach. The issue arises when they negatively impact the function of man-made developments like bridges or piers. The removal of these organisms is labor intensive and costly but necessary. Fouling communities can easily reach a massive size and weight which often results in structural damage. 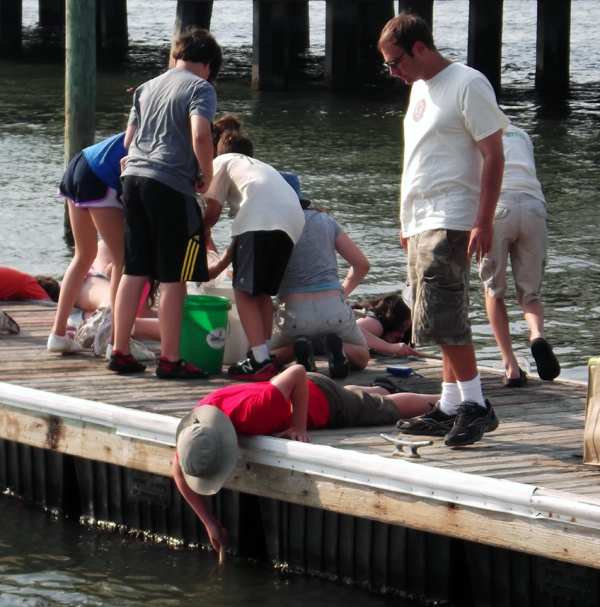 When these organisms settle on the hulls of boats they increase drag causing fuel efficiency to decrease. However a greater concern involves the displacement of natural species. As boast travel from port to port they actually introduce foreign species to new geographic areas. Adult organisms carried along on the bottom of boats will spawn and produce larvae that settle on the docks and pilings of a new marina or port. These invasive species can sometime compromise native ones by displacing or sometime even replacing them completely.

Students attending Sea Turtle Camp will visit the pubic docks where we will get an up-close, hand-on look at the organisms found within a fouling community.

Come join us and discover something amazing.