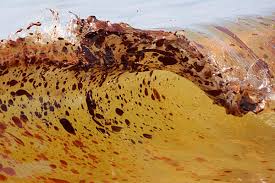 The release of a liquid petroleum hydrocarbon into the environment, especially marine areas, due to human activity, and is a form of pollution

In just the 6 months after the spill occurred over 8,000 animals including birds, turtles, mammals were reported dead.

Oil has many devastating effects of marine animal population. Oil destroys the insulating ability of fur-bearing mammals, such as sea otters, and the water-repelling abilities of a bird’s feathers, thus exposing these creatures to the harsh elements. Without the ability to repel water and insulate from the cold water, birds and mammals will die from hypothermia. Birds and other animals also inadvertently ingest oil when they try to clean themselves, which can poison them. 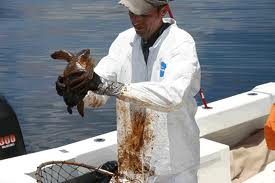 Fish and shellfish may not be exposed immediately, but can come into contact with oil as it moves through the water column. When exposed to oil, adult fish experience reduced growth, enlarged livers, changes in heart and respiration rates, fin erosion, and reproduction impairment. Oil also has effects on development of fish eggs and larva.

Whales, dolphins, manatees and sea turtles are air breathers and all must come to the surface frequently to take a breath of air. In a large oil spill, these animals may be exposed to volatile chemicals during inhalation. 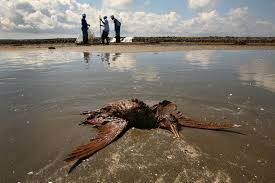 Tune in next week to learn about oil spill cleanup methods !